← more from
Earth Works Outernational
Get fresh music recommendations delivered to your inbox every Friday.
We've updated our Terms of Use. You can review the changes here. 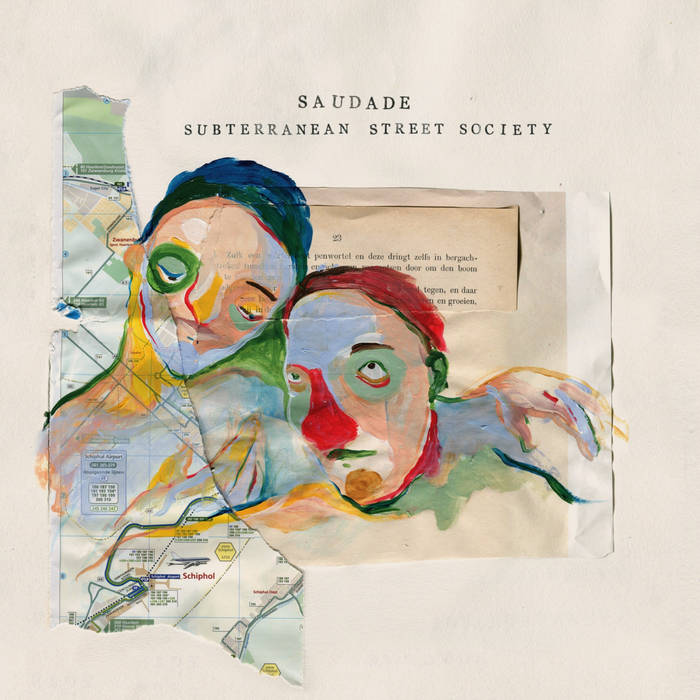 Saudade:
‘Saudade’ is a word unique to the Portuguese language and closely related to the traditional fado (folk) music of the country. It expresses a feeling of longing, melancholia and/or nostalgia.

With ‘Saudade’, Subterranean Street Society has created an anthem that praises the tradition of folk music. The songs, written by Puggaard-Müller, can in essence be described as Dylan-esque. By incorporating horns, strings, choirs, samples, and soundscapes into their palette they are exploring new sonic territory. Being inspired by the recent work of Nick Cave, Bon Iver, Sufjan Stevens and Fink, the band has challenged themselves to take a more symphonic direction.

The seven songs that make up the album were written by Puggaard-müller in a turbulent period of his love life. While breaking up with his long-time dutch lover, he found himself moving from couch to couch through the city of Amsterdam. Should he stay or should he go back home to Denmark? The band was now his main love and reason to stay, but he also met a new girl in Amsterdam. Both this girl and the old love, are both well-known singer-songwriters, living on different ends of the city. This created a vacuum that made it difficult to start anew, and so a year into the new love affair, his inability to move on and commit to a new relationship, resulted in another heartbreak that sparked these songs into existence.

All songs, except for track 8, written by:

Bandcamp Daily  your guide to the world of Bandcamp

Hath frontman Frank Albanese stops by on a supersized, year-in-review edition of the Metal Show.